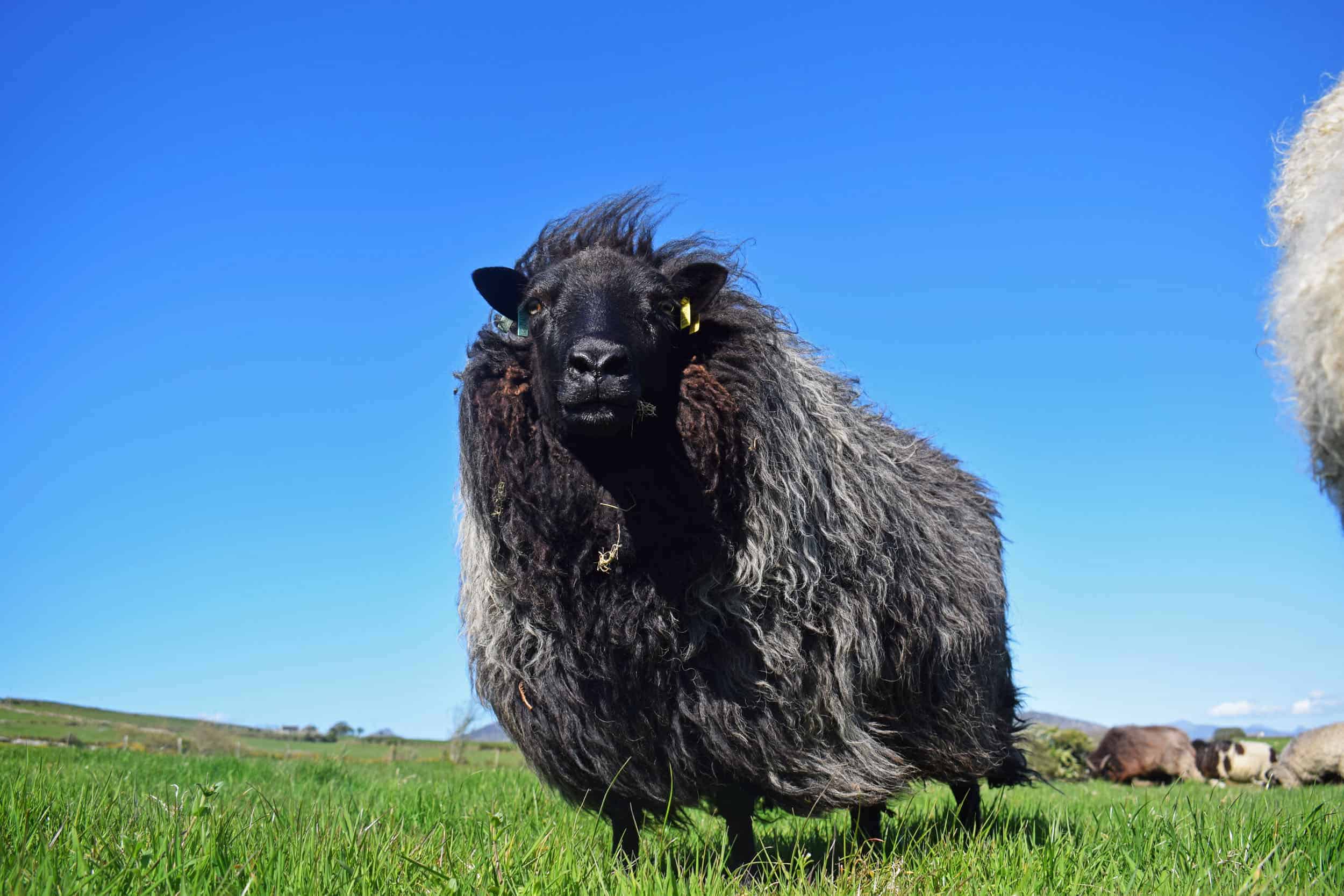 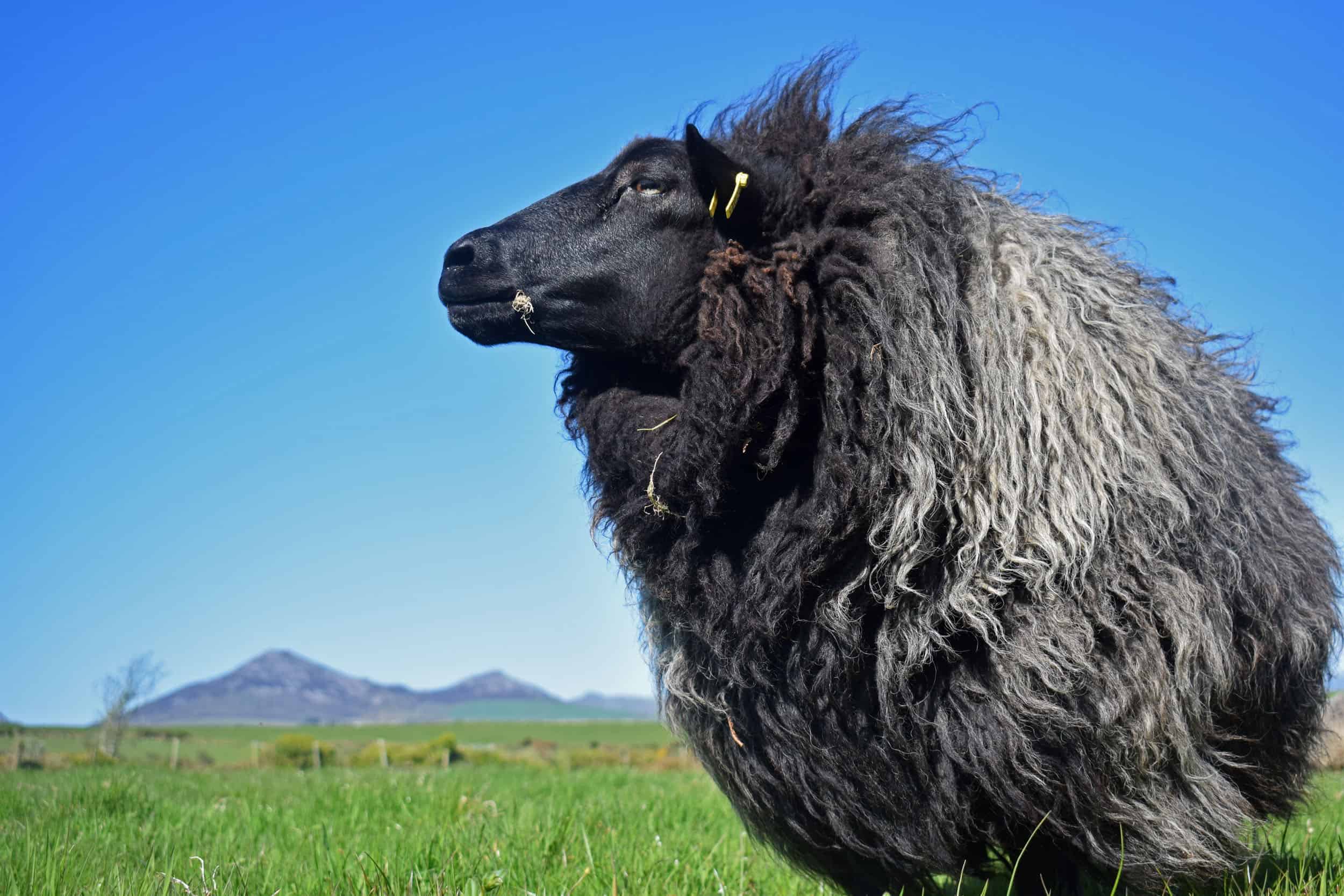 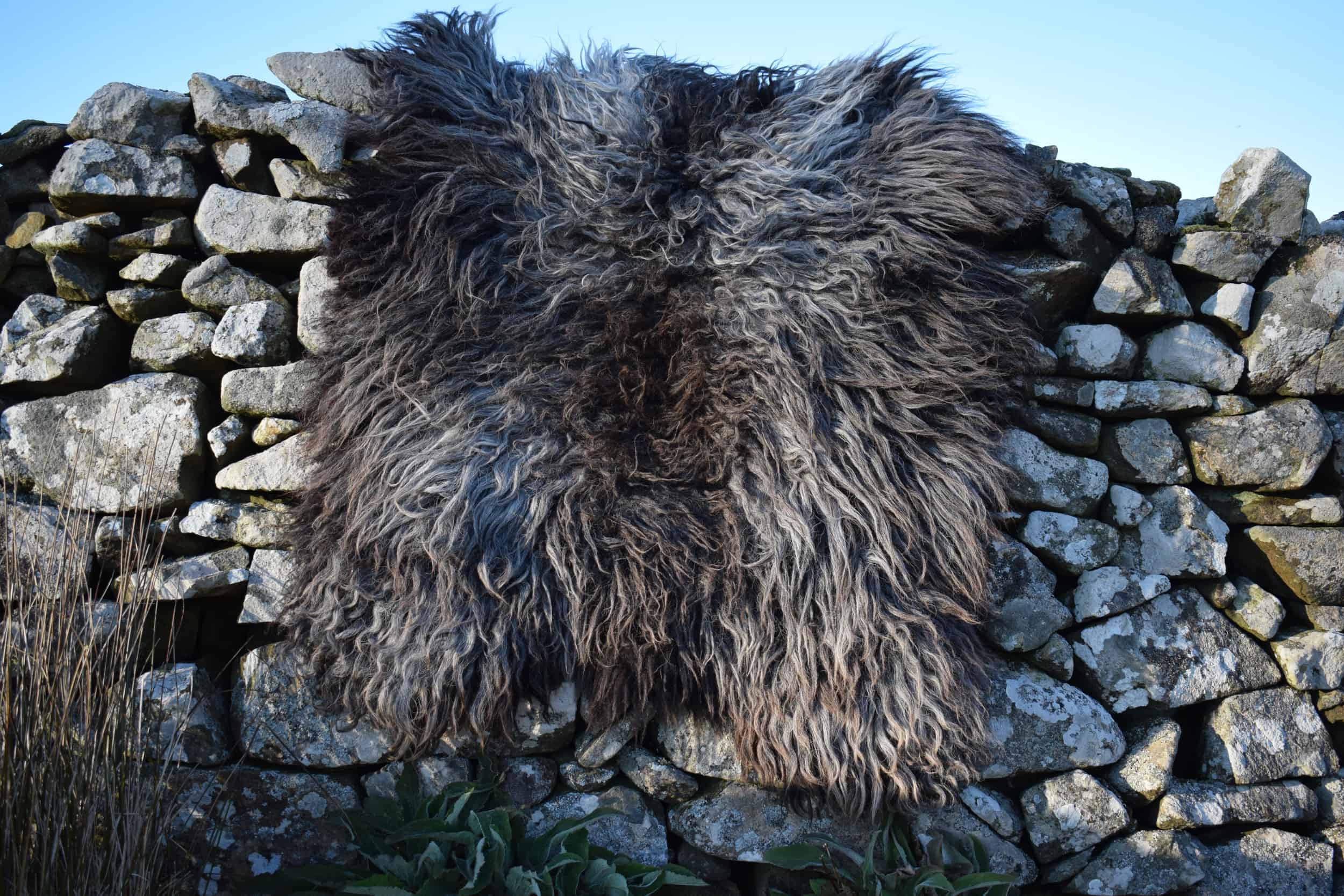 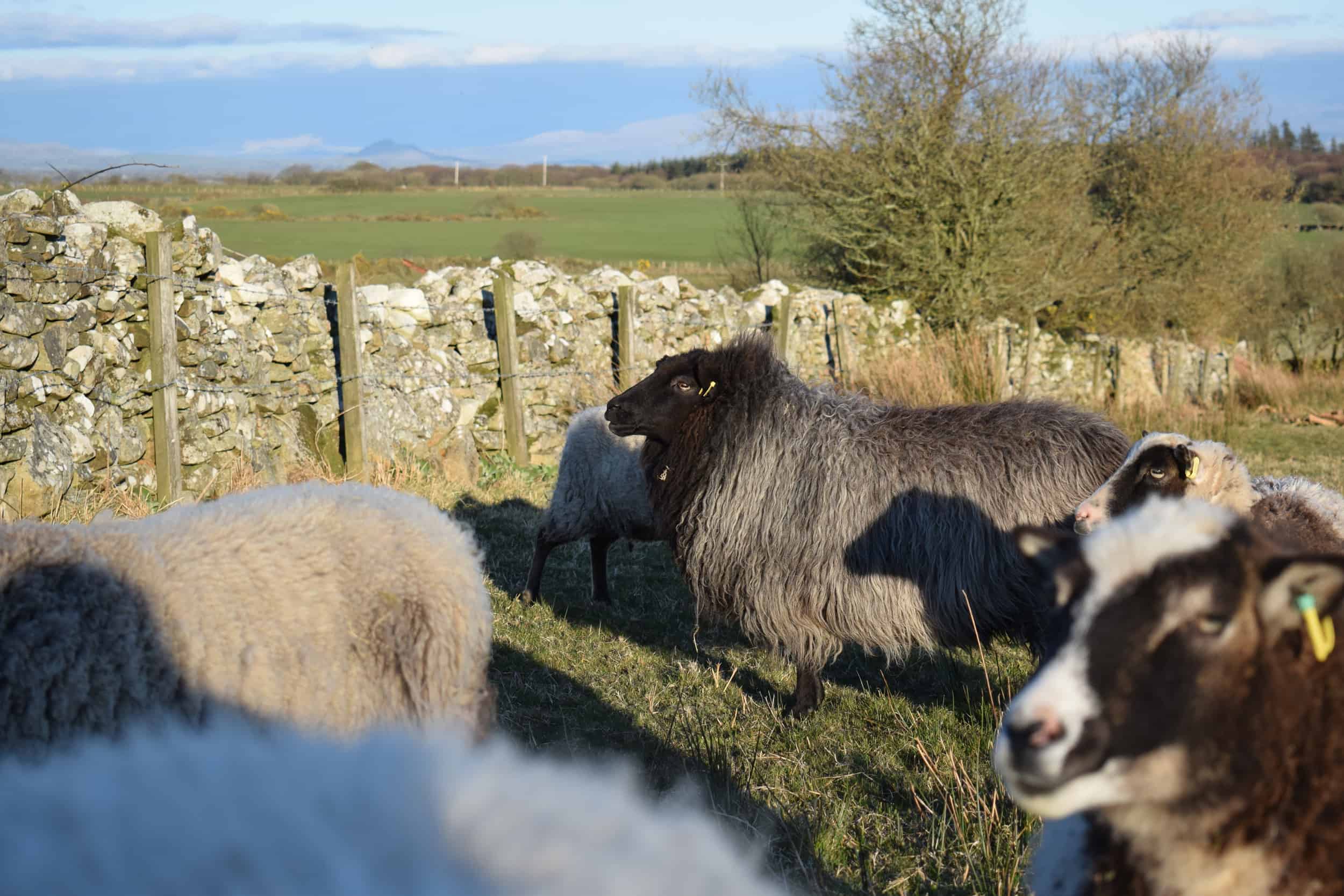 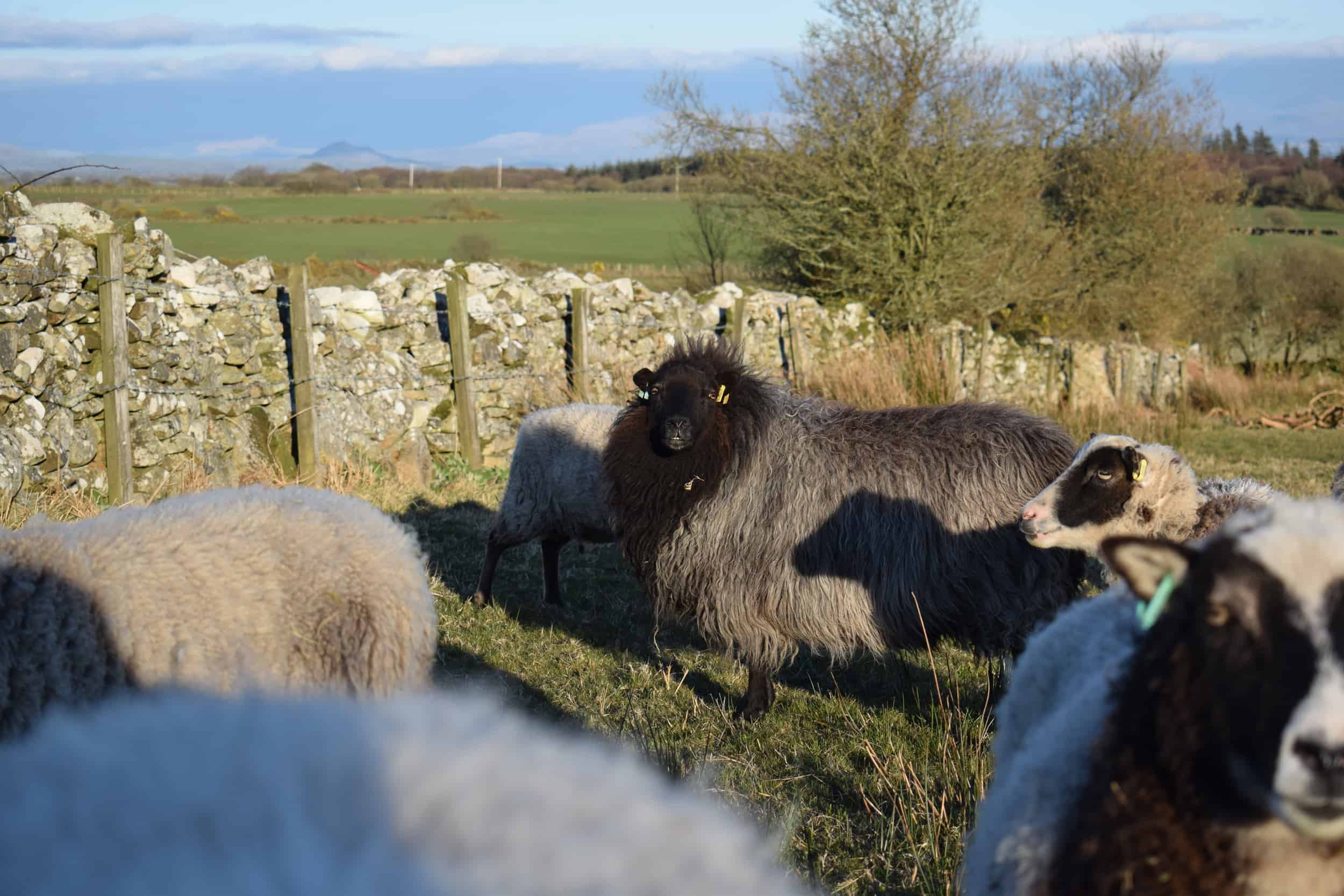 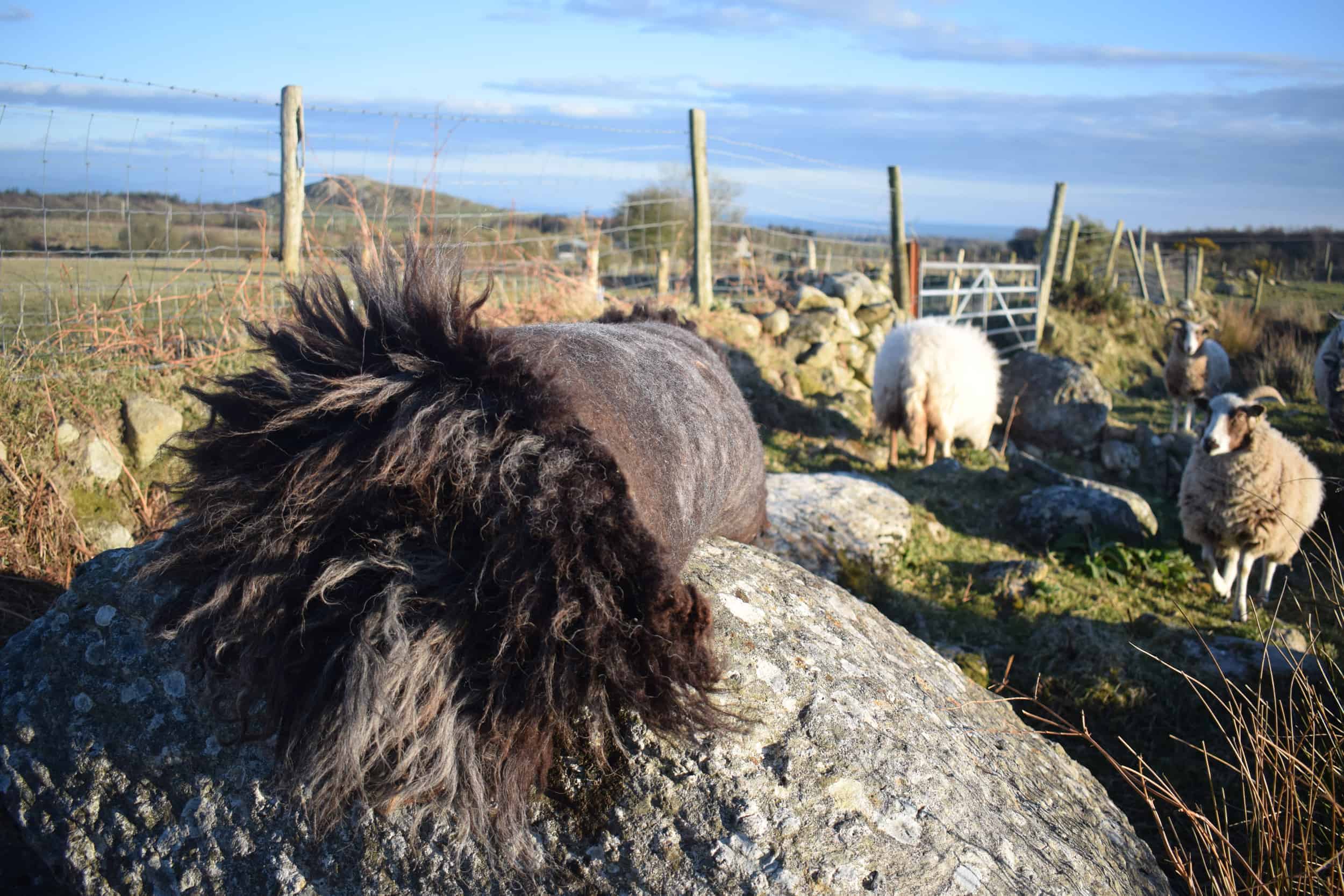 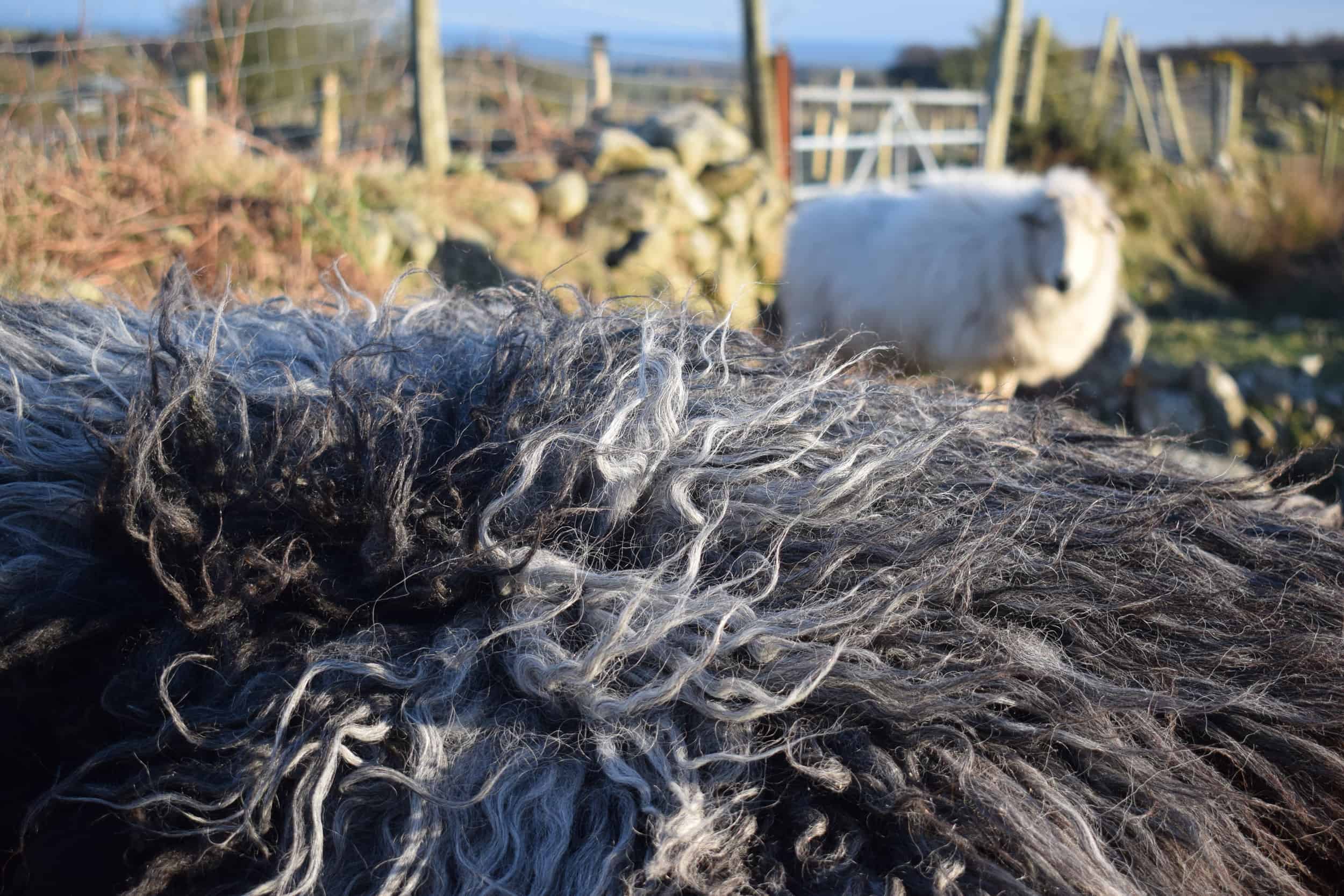 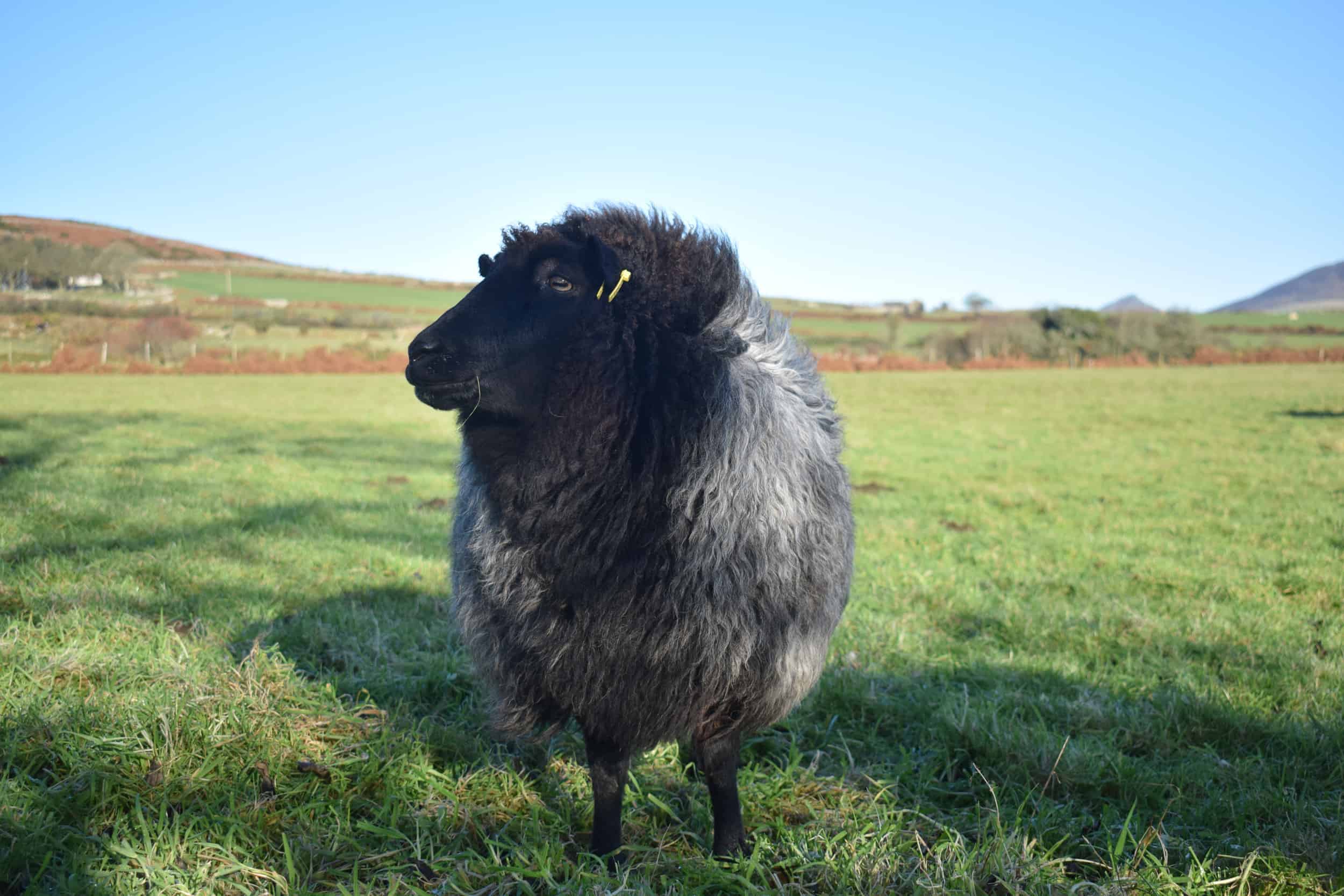 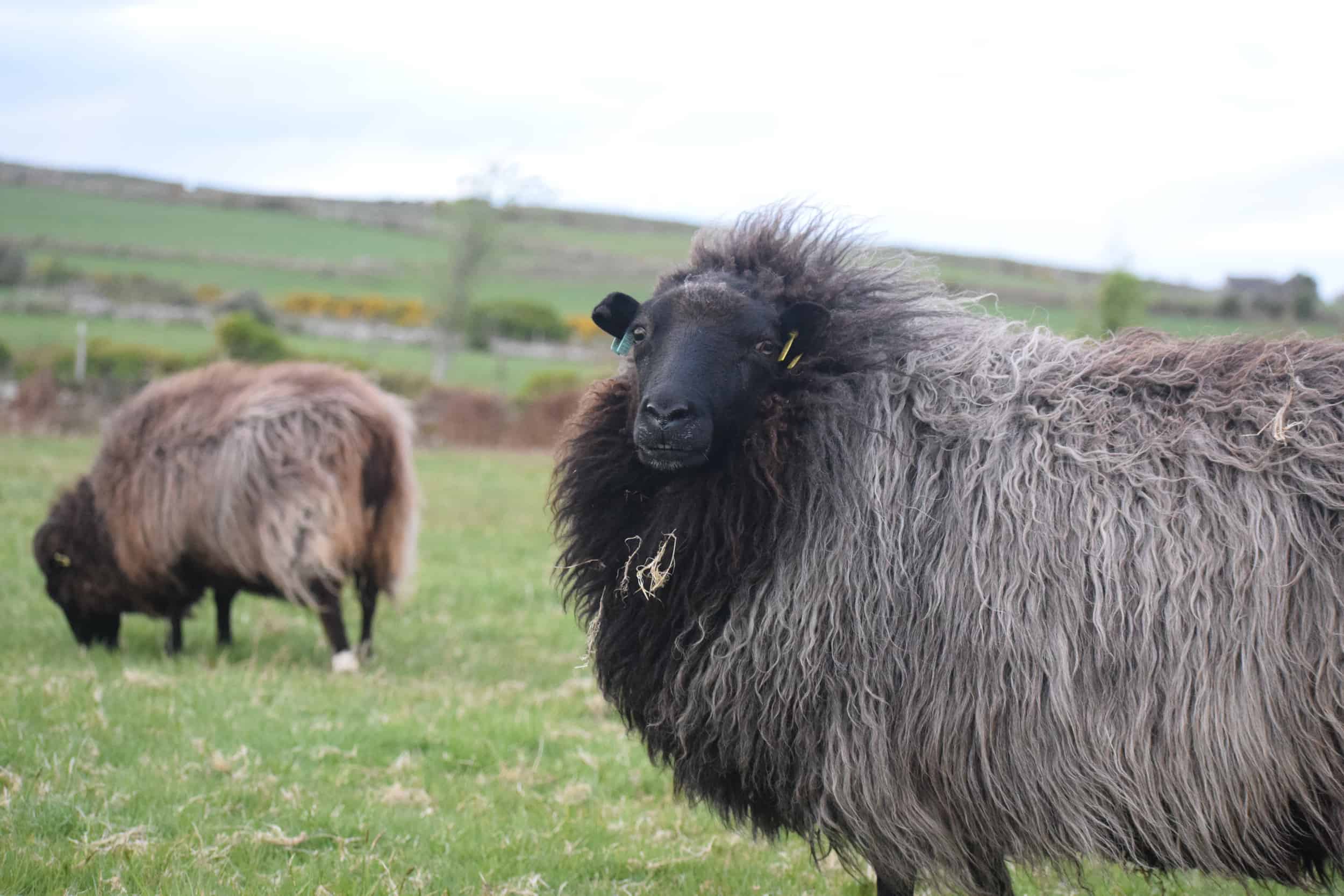 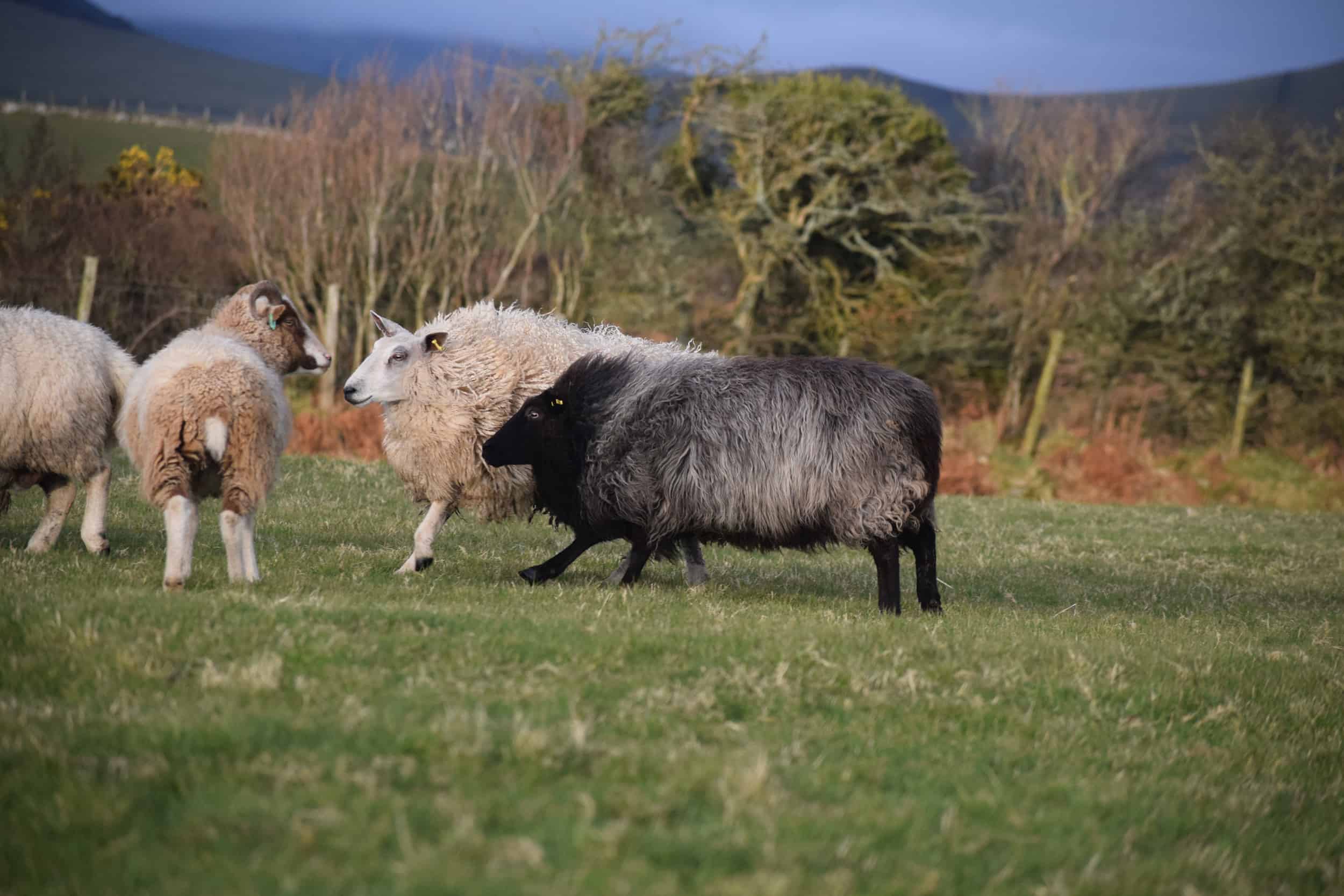 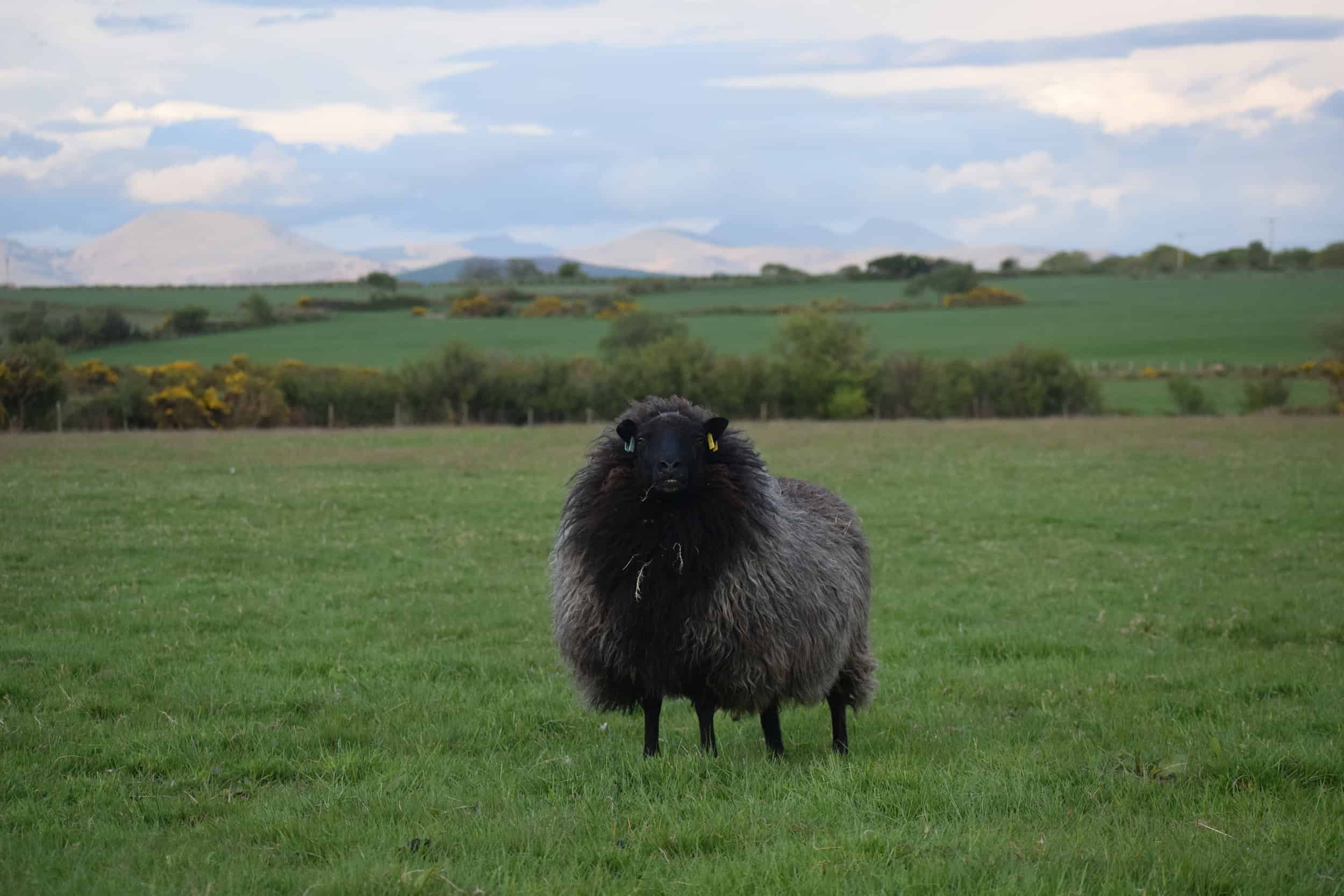 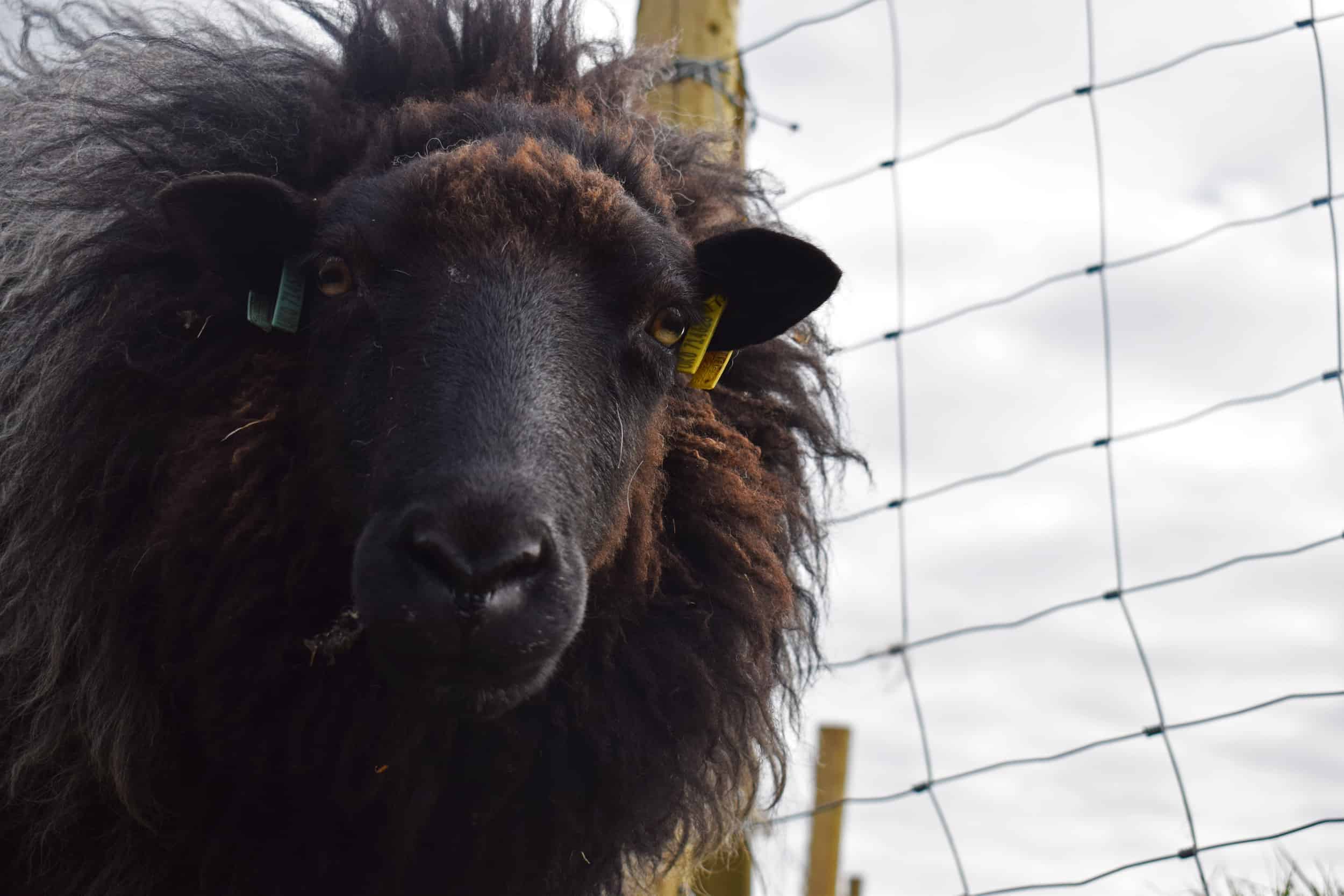 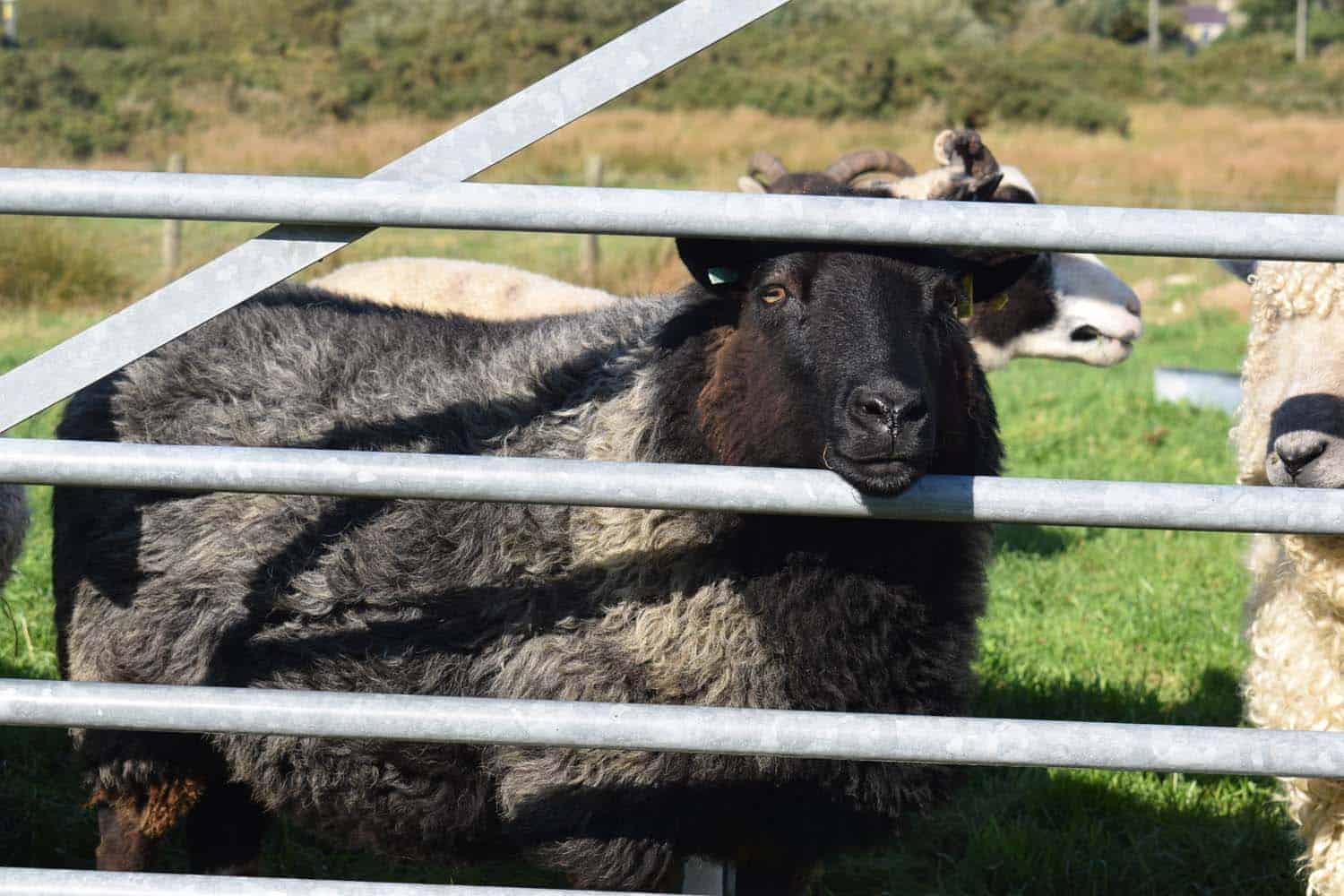 Gem joined the flock on the 27th of September 2018 from a family smallholding/camping site near Caernarfon. It was pure chance or maybe it was fate that Gem came to be here. I knew the family who owned her after selling them some of their first sheep many years ago. I hadn’t seen them for some time but we met again at a local wool fair and it was at a different fair later that year that I became friends with a lady who was volunteering at their farm. She had built herself a weaving loom and was experimenting with the fleeces there. She came to visit my flock one day and it was then that she told me about Gem and her amazing black/grey fleece. Gem was destined to go to the abattoir with that year’s lambs as for 2 consecutive years she had failed to rear any lambs herself. Her lambs were born small and weak and passed away shortly after birth causing great distress to Gem hence she had earned the nickname Psycho sheep. Her owners kindly let me buy her to spare her the other fate and so she joined the flock. As the year went on and Gem’s fleece grew you could see what all the fuss was about her amazing fleece. When it is fully grown in it almost touches the floor. It looks very hairy and coarse but it is remarkably smooth to the touch and the first fleece she gave me was wet felted into a ‘vegetarian sheepskin’ rug which you can see here in the photos. It felted beautifully and was sold to the same people who had commissioned a number of woven cushions and felted items made with Gem’s lookalike flock member’s fleece – Magic. Gem’s name was suggested by a Facebook follower to match Magic. They do look very much alike except for the horns. And there is a chance Gem is descended from one of those original sheep I sold to her owners all those years ago hence she may be related to Magic. Gem’s 2020 fleece has been requested by the same people to become a smaller felted throw and a woven cushion along with Magic’s. They have earnt themselves some big supporters and fans by way of their beautiful locks and characters. In fact Magic and Gem’s fleeces from 2019 and 2020 will of contributed to buying in half of the hay for the coming winter. She is not a particularly friendly sheep but she does love her food and will readily take food from my hand. In the winter of 2019/2020 Gem instigated a ram break out with Smartie but somehow Smartie ended up with about 40 other ewes and Gem ended up in Smartie’s field on her own and thankfully didn’t have a lamb. It appears she was actually longing for our other ram Sven. During this incident, Gem tore her ear badly getting through the fence and she now has a smaller ear on that side but it doesn’t cause any issues and is all healed now. Often it is not obvious when sheep have season’s but Gem makes it very obvious and actively tries to get to Sven each time which causes trouble. It is quite sad that she can’t have a lamb of her own to rear but at least she can spend her days with lots of other woolly friends growing a beautiful fleece each year.​

back to Welsh Mountain Sheep